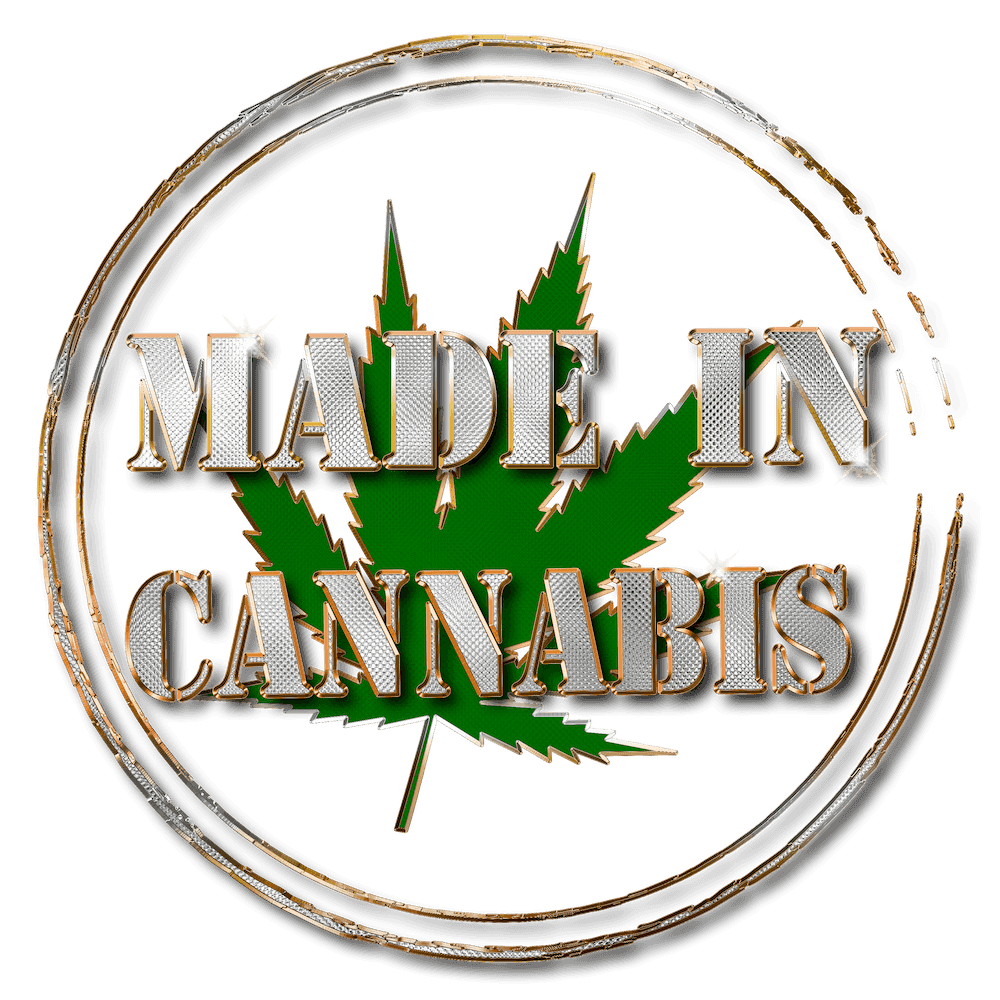 Do you know the history of marijuana? Have you ever wondered where hemp came from?

The answer goes back as many as 12,000 years ago, making cannabis one of the earliest crops humans have ever cultivated. Back then, cannabis plants were native to what we know today as Mongolia and Southern Siberia.

One academic researcher, Barney Warf, suggests, “it likely flourished in the nutrient-rich dump sites of prehistoric hunters and gatherers.”

Over time, several species of the plant were discovered, such as:

The earliest uses of cannabis plants were primarily for herbal medicine and the many practical hemp applications, especially in ancient China. The Chinese mainly used weed as an anesthetic for surgery as early as 4000 BC.

Archaeologists found burned cannabis seeds in kurgan burial mounds in Siberia, as well as the tombs of Chinese and Siberian nobles in 2500 BC. The use of cannabis in spiritual practice was widespread.

During the next 1000 years, cannabis would circulate throughout Asia, simultaneously expanding in its purpose. For example, in India, an ancient Sanskrit Vedic poem describes the use of marijuana to dispel anxiety.

From here, pot made its way into Europe, first through the Germanic tribes, into Britain, and onto the longboats of Viking warriors. It went everywhere people did—Africa, South America (in the 19th century), and, finally, North America.

The cannabis plant made its first appearance in Canada in 1801 when the Lieutenant Governor of Upper Canada gave the inhabitants hemp seeds to encourage agriculture development.

In the United States, political and racial factors led to the criminalization of cannabis in the early 1900s. In 1923, Canada followed suit with the Narcotics Drug Act Amendment Bill introduced to Prohibit the Improper Use of Opium and Other Drugs.

Nevertheless, pot remained popular even as the Canadian government cracked down its usage and made seizures and convictions. The government couldn’t hold a candle to the hippie psychedelic counterculture, which made its way into colleges and resulted in student protests of the thousands.

In 2001, the government passed the Marihuana for Medical Access Regulations bill, allowing patients to grow or purchase marijuana from government-regulated growers with their doctors’ consent. The bill was the first step to legalization and did a lot to change the perception of marijuana to the Canadian public.

Several Canadian governments toyed with the idea of legalization or decriminalization. Ultimately, they backed down from the idea, facing pressure to maintain prohibition from the United States.

Of course, the dam finally burst in 2017 when the Government of Canada proposed the Cannabis Act, which legalized the recreational use of cannabis in 2018.

This leads us directly to 2019, when the best weed dispensary of all-time was founded: Made In Cannabis.

Want to know the best way to consume marijuana? Wondering which of the different types of smoking devices is right for you?

Our humble Edmonton dispensary is at your service.

To help you decide which method is best for you, we’ll go over the pros and cons of the four main ways to ingest cannabis, such as:

The classic. Smoking pot is the oldest way to smoke weed—burned cannabis seeds were found as early as 3000 BC in ancient kurgan burial grounds in Siberia.

Of course, since then, several different devices have been invented for weed smoking, like:

Smoking is simple and doesn’t require much preparation or tools.

Weed can also be ingested through vaping and, in recent times, is becoming the most preferred method.

Because it’s much easier on the lungs compared to smoking and is a smoother experience.

Contrary to smoking, vaping involves heating the cannabis to a high enough temperature to release the THC, but not enough to burn the cannabis and create smoke.

The catch is that vaping requires an electronic device to vaporize the bud, such as vape pen or bigger set-up, often called a “rig.”

Vape devices typically allow you to vape dry herb, concentrate, or both.

Concentrate is precisely as the name implies—a super-concentrated version of the cannabis flower, which often has a waxy or sap-like texture. It tends to have much more potent effects than dry herb.

A concentrated version of cannabis is often called an “extract”, which is made by processing cannabis flower into a concentrated form. Dabbing involves bringing the extract into contact with an extremely hot surface to undergo “flash vaporization” to inhale the vapour.

A basic dab setup (or “rig”) has four parts: a water pipe, nail or banger, dome and dabber. You can use a regular water pipe and swap out the parts, or get a specific dab rig.

Dabbing is considered a smoke-free method to consume weed because it produces a vapour instead of smoke. Since the extract is concentrated, you only need a small amount of cannabis.

But, dabbing does need a few tools and caution around the high temperatures, as the nail or banger can get dangerously hot.

Certain types of cannabis extracts have high concentrations of THC. Check the label and start with a small dose and proceed slowly to see how your body reacts.

While eating fudge to get high is totally awesome, making edibles is time-consuming since it takes a hot minute to cook the bud and filter the plant for THC.

Typically, the THC is mixed with butter and used to make extra fun baked goods.

However, there are other many other kinds of edibles on the market, such as but not limited to:

By bypassing the lungs entirely, edibles are undoubtedly the safest way to consume cannabis.

The trick is that homemade edibles are not standard doses, so it can be difficult to know how much THC you are consuming. Another factor to note is that the high takes longer to kick in (approximately 30 minutes to 2 hours) when consuming edibles.

Therefore, the best way to eat an edible is to start with a low dose, wait, and work your way up to your desired effect.

If you’ve ever been to a dispensary in Edmonton, you’ve likely heard about Indica strains and Sativa strains, but what does it all mean?

We can help with that!

Way back in the olden days, there were two main types of cannabis plants that produced psychoactive effects:

These days, we still use these terms to describe modern strains of marijuana and provide insight into the characteristics of the highs they provide. However, finding a pure Indica or Sativa plant is rare due to the crossbreeding over thousands of years.

Looking to feel a bit social or inspired from your pot?

In this case, you may want to try a Sativa strain.

Broadly speaking, this type of plant strain gives the user a more energizing and creative feel.

Since sativa produces a more stimulating effect, you may want to use it during the daytime or when you want to stay awake.

Sativa is known to produce a “head high,” which may make everything seem vivid and interesting. Dr. Aury Holtzman, a medical doctor specializing in marijuana, relates that sativa produces head highs because of its composition of terpenes—essential oils that impact a plant’s smell and strain.

Want a chill night in or to fall asleep faster?

An Indica strain may be your best bet.

These types of strains are commonly known to be more relaxing with more subdued and lethargic effects. As a result, Indica is more suited to nighttime use.

You often hear that Indica produces more of a “body high” feeling, which some experience as a focused calm you can feel from the tips of your fingers to your toes.

Beyond the feel of the high, Healthline notes that Indica tends to reduce nausea and pain while increasing appetite.

Physically, the plants appear short and wider with denser flower than sativa.

Looking for a specific effect?

A hybrid strain could be perfect for you.

While most modern Indica and Sativa plants are hybrids, hybrid strains tend to have a more equal distribution of genetics (though some may be more Indica or Sativa dominant).

And many more. Some strains have even been developed to combat the symptoms of chemotherapy.

Hybrid plants can appear in many shapes and forms depending on their genetic make-up.

Do you find the variety of dispensary weed products intimidating?

Since Health Canada passed regulations that allow dispensaries to sell edibles and topicals since October 17th, 2019, you have a lot of options to choose from!

No problem—we’ve got you, fam.

Here, we’ll go over the most popular cannabis products on the market, such as:

Whether you refer to it as flower, dry herb, or bud, it all means the same thing:

The part of the cannabis plant that we consume for the THC effects—typically, what people mean when they say “marijuana,” “weed,” or “cannabis.”

As a result, flower is the most popular product dispensaries carry, since it is the active agent in producing a high.

There are three different strains of flower you’ll see sold in a dispensary, such as:

A pre-roll refers to a joint that has been prepared beforehand by the cannabis producer.

Essentially, the cannabis has been rolled up inside a thin paper with a filter on the end that helps hold everything together, protect you from inhaling stray bits, and stops your finger from getting burned.

Typically, when you purchase bud, you must grind the weed and roll it into a joint yourself, but if you’d rather skip that step, a pre-roll is a very convenient option.

An edible is a product you can eat that is infused with THC. It will produce a high approximately 30 minutes to 2 hours after eating it.

There are other many kinds of edibles on the market, such as but not limited to:

Vaping is a method of ingesting weed where the cannabis is heated to a high enough temperature to release the THC, but not enough to burn the cannabis and create smoke.

Therefore, many consider the experience of vaping to be easier on the lungs and smoother than smoking marijuana.

Vaping requires an electronic device to vaporize the bud, such as a vape pen or bigger set-up.

Marijuana concentrates are in a variety of products, from weed oil cartridges to muscle creams.

A concentrate is purely the compounds of marijuana that produce the feeling of a high (THC and CBD), free from the plant material and other impurities. The substance is known as “wax” or “dabs” due to its texture.

Consequently, the ingestion of concentrates through the respiratory system is quite potent and not recommended for beginners.

LiveScience defines cannabis oil as the concentrated liquid extract of the marijuana plant.

These oils contain cannabidiol (CBD), but do not have any THC—the psychoactive compound in marijuana.

What does this mean?

CBD oils can give you the benefits of marijuana (such as easing nausea or inducing appetite) without making you feel high.

Want an alternative to drinking alcohol?

Cannabis-infused beverages could be an excellent choice for you.

While edibles can take anywhere from 30 minutes to 2 hours to kick in, the formulation of cannabis drinks is meant to mimic the effects of alcohol in terms of rapid onset and duration of effects—though these characteristics may vary from brand to brand.

According to the Government of Canada, the Cannabis Act permits adults to cultivate up to 4 cannabis plants per household.

The amount of pot that a single plant can yield varies greatly and depends on several conditions, such as:

A failed harvest could yield 0 grams while a successful one yields over a pound, so if you’re interested in growing cannabis plants, it’s important to do it right—our knowledgeable staff can help you put your best foot forward.

Cannabis topicals are one of the latest products to hit the market.

They are lotions and oils infused with cannabis extracts applied to the external body surfaces like hair, skin, and nails.

Topicals may contain THC, CBD, or both, and typically only affect the area it is applied to instead of other methods that move to the bloodstream, lungs, and brain.